Titane, winner of the Palme d’Or 2021, at Les Films de Cannes at the Université de l’Ouest Timișoara. The festival takes place between 12 and 14 November in compliance with the current health regulations

Les Films de Cannes returns to Timișoara this year and aims, as always, to bring to the public for the first time the most interesting and award-winning films of the year, but adapting to the health and safety regulations, so as to offer access to films in safety and comfort. Les Films de Cannes à l’Université de l’Ouest Timișoara will take place between 12 and 14 November in the Aula Magna of the  West University of Timișoara and in the Capitol Hall of Banatul Philharmonic, and admission to all screenings is free.

Cannes Film Festival resumed this year after an edition canceled due to the pandemic, being organized in July and benefiting from a very wide selection area, following the cancellation of the previous edition. The jury was led by the eccentric Spike Lee, and the great authors returned to Cannes this year, quality films and surprises were many, and Les Films de Cannes à l’Université de l’Ouest Timișoara will bring the most important films to Timișoara: Titane, winner of the Palme d’Or, A Hero, winner of the Grand Prix ex-aequo, The Worst Person in the World, winner of the Award for Best Actress, Les Olympiades, Award for Sest Soundtrack, Three Floors, directed Nanni Moretti, La Civil, the Award for Courage, and Immaculate, the film that received the Audience Award at the 12th edition of Les Films de Cannes à Bucarest, in the presence of its co-director Monica Stan.

Upon being awarded with the coveted Palme d’Or for TITANE, the filmmaker said: „Thanks for letting the monsters in.” Film critics were also stunned by the film that tells the story of a father who, after a series of unexplained murders, is reunited with his son who disappeared 10 years ago: „Titane is gorgeous to look at, to listen to, to obsess over, and fetishize”, rejoices The Playlist.

Awarded with the Grand Prix, the second most important prize of the festival, A HERO, the most recent piece of Iranian filmmaker Asghar Farhadi, tells the story of Rahim who is in prison for an unpaid debt. During a two-day leave, he tries to convince his creditor to withdraw his complaint against the payment of part of the sum. Rahim is then faced with an excruciating crisis. His intimate and provocative stories about family conflicts have brought him the public’s appreciation the critics’ praise and many awards at international film festivals.

Best Actress Award was given to Renate Reinsve for her role in THE WORST PERSON IN THE WORLD, directed by Joachim Trier. The film closes the Oslo Trilogy of Joachim Trier with „the romantic drama for people who hate romantic dramas” (The Toronto Star), a film about the search for love and meaning set in contemporary Oslo. The film follows four years in the life of Julie (Renate Reinsve), a young woman who goes through romantic storms, struggles to make a career and tries to figure out, lucidly, who she really is.

LES OLYMPIADES received at Cannes 2021 the award for best soundtrack. In the film, Émilie meets Camille who is attracted to Nora, who crosses paths with Amber. Three girls and a boy – they are friends, sometimes lovers, most of the time both. This is Audiard’s attempt to usher in a new millennium wave, a sort of Jules et Jim with a synth-pop soundtrack, writes The Playlist.

In 2021, Moretti returned with THREE FLOORS, the story about three families living in 3 apartments in the same luxury apartment complex, which was said to be an intriguing canvas that allows percussive observations, especially thanks to excellent interpretations from to the bright Margherita Buy, the hypnotic Rohrwacher and the debutante Denise Tantucci– Edge Media Network.

LA CIVIL by Teodora Ana Mihai, the only Romanian film in the official selection, which received a standing ovation for eight minutes and was rewarded with the Courage Award in the Un Certain Regard section . According to Screen Daily, the film “paints a compelling picture of a society in which nobody can be trusted and everyone is complicit in a never-ending cycle of violence“ and will be screened on Saturday, 13 November, for the first time in Timișoara.

IMMACULATE, the debut feature of Monica Stan and George Chiper-Lillemark has returned from Venice with the award for Best Debut – Luigi De Laurentis Award Lion of the Future, Best Film in Giornate degli Autori section and Best Screenplay Authors under 40. Gaia Furrer, artistic director of Giornate degli Autori said on stage: ”Imamculate is a story about the fragility of many human beings, but especially about the discrimiantion against women who, unfortunately, still exists inside and outside the walls of any community”. A recent winner at Warsaw Film Festival, the film is the story of Daria who goes to a rehab clinic to quit heroin. Her innocence saves her from men’s passes inside and surprisingly they offer her protection. The film received the Audience Award at the Bucharest edition of the festival and can be seen in a special screening at Timișoara, in the presence of its co-director Monica Stan.

Evoking the statement of general delegate of Cannes Film Festival, Thierry Frémaux, Les Films de Cannes à l’Université de l’Ouest Timișoara aims „to bring cinema back to life, to protect artists, to showcase the starts and to help the industry. It is a universal vision. Cinema is never uniform, it changes, it improves and all the festivals must adapt. The festival supports the cinema, and this needs cinema halls. The film theatre hasn’t had its last word yet. The multiplication of platforms around the world means that, as time goes by, traditional cinema halls will prove their unique strength”.

With the support of: Sun Wave Pharma, Groupama, Catena 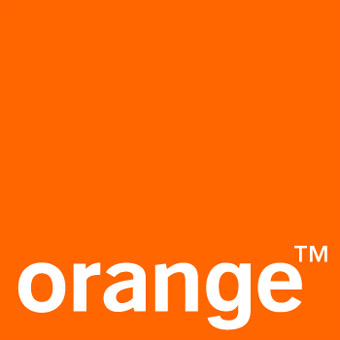